The Iconic London marina St.Katharine Docks, recently underwent a multi million pound refurbishment project that involved stripping out most of its existing pontoons, incorporating a new layout to maximise the available space in each of its three basins, that also included the installation of new pontoons and services.

After many meetings with the client, the client representatives, marina consulting engineers Camper & Nicholsons, pontoon manufacturers Poralu and the pontoon installers Inland & Coastal, Maricer were awarded the contract to manufacture, supply and install 122 service pedestals from its “Atlantis” range along with 32 “Atlantis” SOS service pedestals, all with LED lighting, and aluminum composite panels with a brushed stainless steel finish. All 122 service pedestals are metered and controlled via Maricer’s cloud based “Smart Ultima” system with additional keypads specifically designed for St. Katharine Docks, which is working in conjunction Haven Star marina mangement software.

Maricer also manufactured and installed 12 pontoon based distribution panels throughout the marina, and installed its ever popular “Wayfinder” polished stainless steel two directional LED lighting to each of the marinas 12 access bridges.

With the marina’s locality next to “Tower Bridge” and the “Tower of London”, it quickly became apparent that logistically,  it would be quite a demanding project to undertake. Couple this with the marina remaining occupied throughout the duration of the project, made it doubly more demanding. 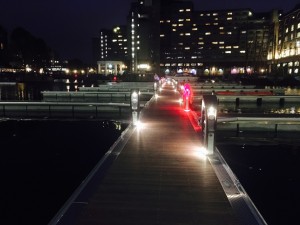 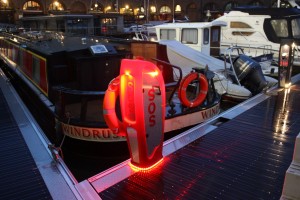 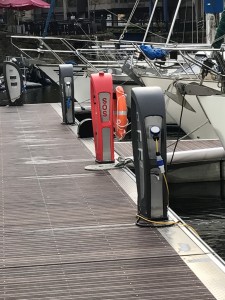 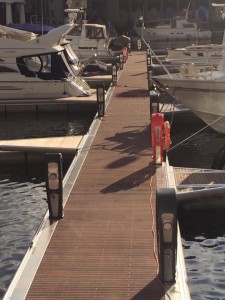 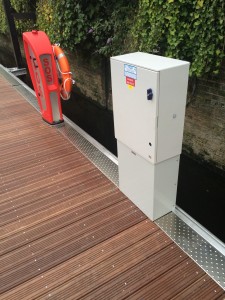 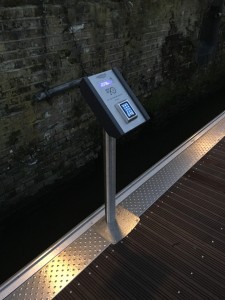 Despite the demanding logisitcs surrounding the project, it was delivered on time with the minimal amount of fuss, which was testament to the excellent teamwork from all those involved. It really is a world class marina right in the heart of the capital.