Maricer is pleased to announce that Haskayne Banks in Lancashire, has just taken delivery of a number of service pedestals from its Europa range. These service pedestals featured our ever popular “Smart Vend” metering system, which coincidentally has just gained European Directive MID 2004/22/EC, MID (Measurement Instrument Directive) approval,

With the residents of these moorings being an extremely pro-active bunch, they decided that they wanted, as much as possible, to be involved in the installation of the infrastructure of the development. So under the guidance of our engineers, the residents put together a “work team” to dig out the trenches, lay the cables and water pipe, and backfill with a minimal amount of fuss to the surrounding towpath. They also set the service pedestal ground mounting bases “frogs” exactly where they wanted them, leaving our engineers to “second fix” and test the installation.

The feedback from the residents was one of complete satisfaction, they especially felt that the LED lighting provided by the service pedestals, was not only functional, but also extremely aesthetically pleasing to the eye. 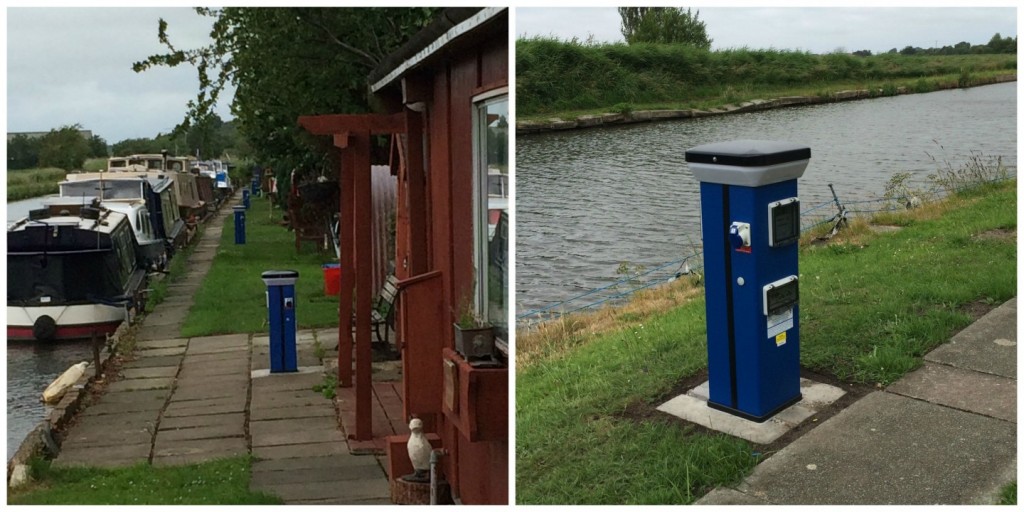